Download Add to Lightbox Buy Image
Image 228 of 2725
Hundreds of Marathon runners take to the course at the Austin Marathon and Half Marathon in downtown Austin, Texas.jpg 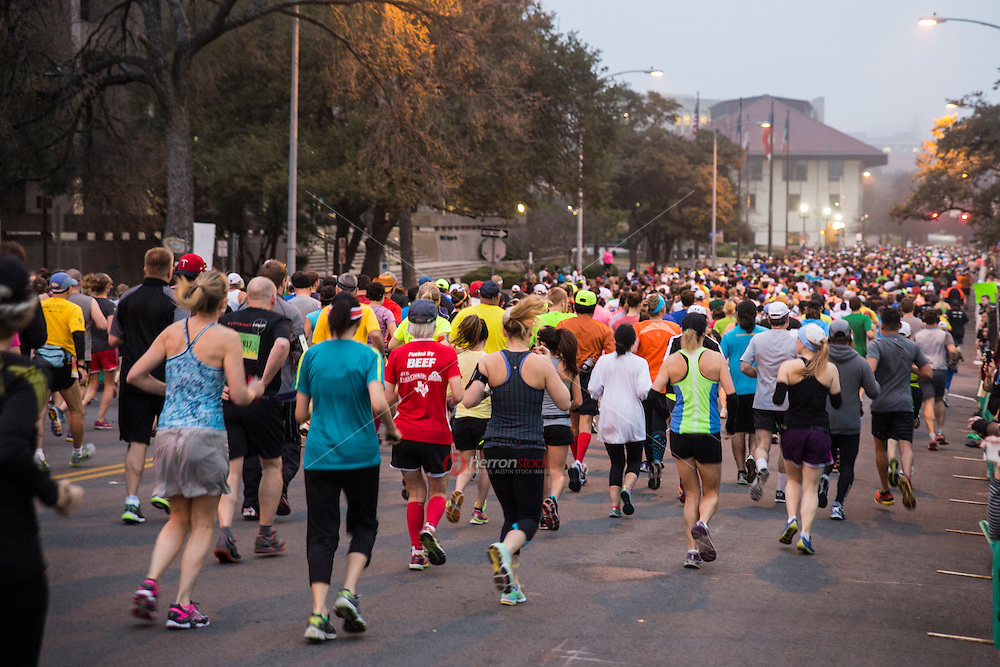 The Austin Marathon is an annual marathon held in Austin, Texas, founded in 1991. The Austin Half Marathon and Paramount 5K are also part of the event.

The 2014 race started on Congress Avenue, just a few blocks north of the Texas State Capitol, and touches well-known Austin landmarks and areas, such as downtown, the Colorado River, the 78704 zip code, Hyde Park, and the University of Texas at Austin campus, passing by Memorial Stadium. The race ends near where it begins on Congress Avenue.

Befitting the city that prides itself on being "The Music Capital of the World," the Austin marathon includes performances by live bands and even a beer stop in the later stages of the race for marathoners who want to drown their pain or perhaps get a head start on celebrating.

Along with the Dallas White Rock Marathon and the Houston Marathon, the Austin Marathon forms the final leg of the Marathons of Texas, a series of winter marathons held approximately one month apart from each other from December through February in Texas.
© 2016 Herron Stock LLC; all rights reserved
Austin Marathon, Half Marathon, 10K, 5K, Trail Race, Ultra, Triathlon, - Stock Photo Image Gallery
Authentic Austin, Texas stock images. View all galleries »
CONTACT