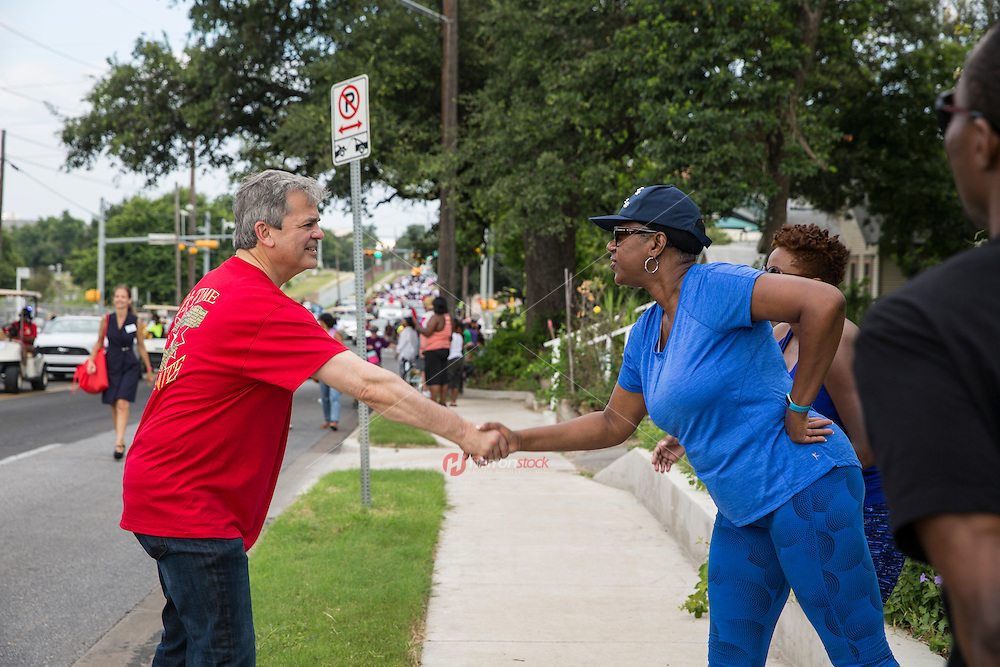 The parade kicked off a daylong festival and celebration. Juneteenth is the oldest nationally celebrated commemoration of the ending of slavery in the United States. From its Texas origin in 1865, June 19th is observed as the African American Emancipation Day. June 19, 1865 is the day slaves in Galveston, Texas received news that President Lincoln had signed the Emancipation Proclamation two years earlier on January 1, 1863.

Use of this image in advertising or for promotional purposes is prohibited.