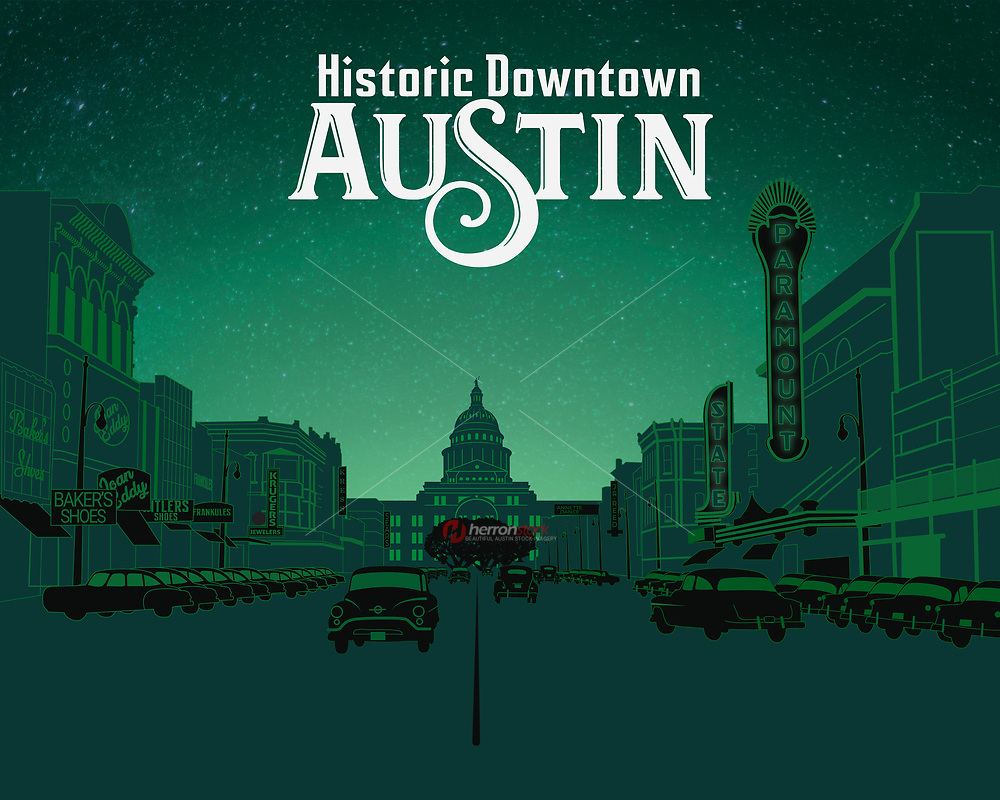 Downtown Austin is the central business district of Austin, Texas. Downtown is located on the north bank of Lady Bird Lake on the Colorado River. It is where the city's high-rise buildings are located, as well as being the center of government and business for the region. Downtown Austin is currently experiencing the US largest real estate building boom, with many condos and high rise towers being built. The top three tallest condo buildings west of the Mississippi River are all located in downtown Austin: The Independent, The Austonian, and the 360 Condominiums.

Downtown’s most iconic structure, the Paramount Theatre has stood on Congress Avenue in the heart of downtown Austin for over 100 years. The site of the Paramount Theatre was once home to Sam Houston’s office and the War Department of the Republic of Texas and later the Avenue Hotel. As Austin’s oldest surviving theatre built in 1915, the Paramount has a long history of entertaining Central Texas audiences.

Originally conceived as a Vaudeville and variety house, it continues to bring a wide array of programming to its stage. The Paramount presents comedy, drama, music, dance, spoken word, children’s programming and films to more than 200,000 patrons each year. More than 10,000 of those are children who gain admission for free or at greatly reduced prices because of our youth outreach programs.

The Paramount holds special historical significance as a City of Austin Landmark and State Landmark. It is also listed on the National Register of Historic Places and is one of the few remaining ‘hemp houses,’ using ropes and sandbags, left in America.