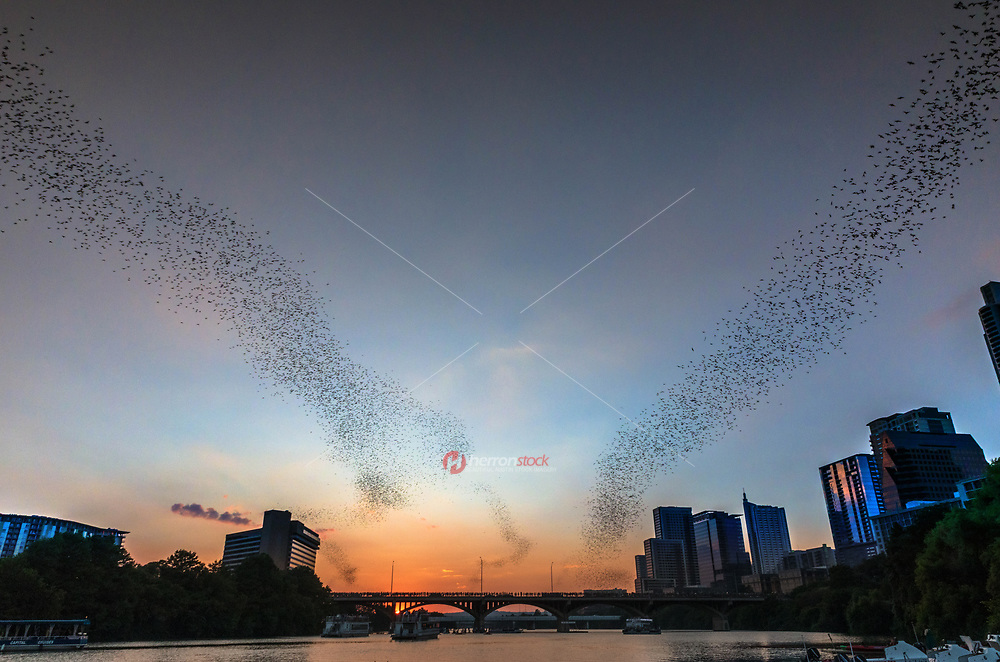 Home to the largest urban bat colony in North America, the Ann W. Richards Congress Avenue Bridge in Austin, Texas shelters up to 1.5 million (at the peak of bat-watching season) Mexican free-tailed bats from March through early Fall. When they're in residence, in the evenings around sunset, clouds of bats stream out from under the bridge in search of dinner. It is estimated that the bats consume 10,000 lbs - 30,000 lbs of insects a night.