Download Buy Image
Image 33 of 211
A glimmering sunrise wakes up the downtown Austin skyline and the Congress Avenue Bridge.jpg 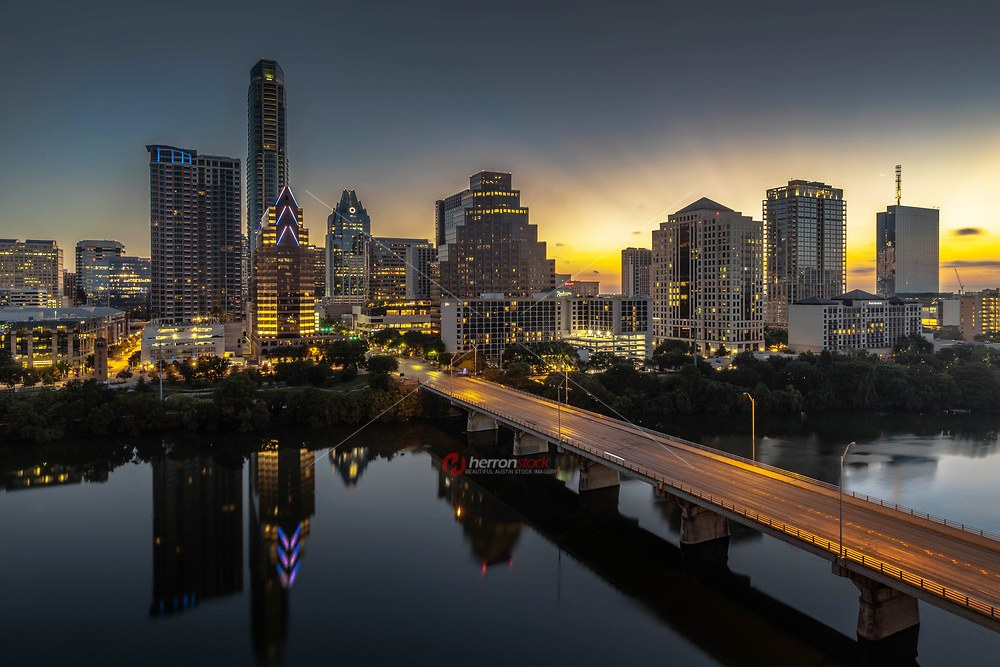 A glimmering sunrise shines through skyscrapers and the Congress Avenue Bridge amid the ever growing downtown Austin skyline in this image taken from atop of the Hyatt Regency Hotel.

Austin’s skyline, much as you would expect of the fastest growing city in the U.S., is everchanging. Downtown construction has become the norm, and it’s not long after you grow accustomed to a certain configuration of high rises and sky gaps that the whole thing up and changes.
© 2019 Herron Stock LLC; all rights reserved